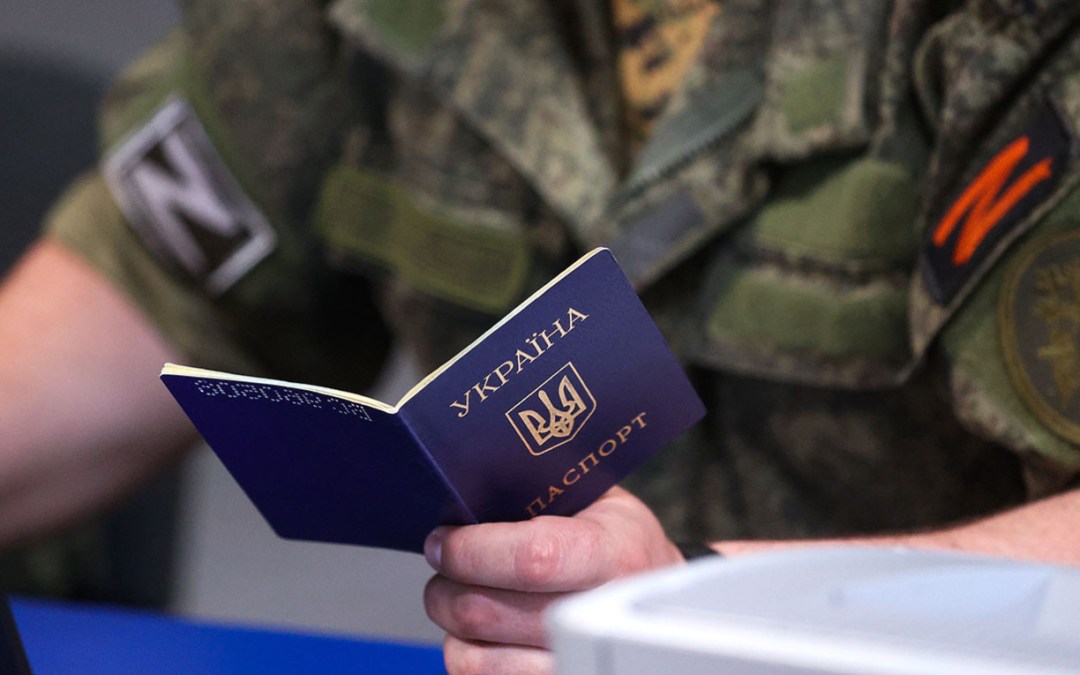 With so much destroyed by Russia’s invasion of Ukraine, it does not come as a surprise that civilian passports and identity documents have been lost to Russia too, along with Ukraine’s infrastructure, civilian homes, economy and security.

Independant media outlets have been reporting that the listing in question advertised the “passport” for 80,000 rubles or around $1,250. It could be taken as a token of humiliation aimed at the millions of Ukrainians desperately fleeing to cross borders and settle in safer European countries.

The advert has since been removed.

A figure in the Ukrainian administration of the Kherson region suggested that identity documents and equipment for creating biometric passports had been stolen in this area, with links of originating in the Luhansk region.

“The demand is not big, but it’s there”, the seller was quoted.

The source confirmed stolen passports had been recorded and reported to the Ukrainian government and provided to the European governments, so they were unusable.

Meanwhile, the UK was quick to respond to the humanitarian crisis by allowing claims for benefits to be made immediately and arranging asylum in the UK. The Homes for Ukraine scheme began processing applications from unaccompanied children under the age of 18.

The UK government also announced a humanitarian visa route would be established to make it easier for UK nationals to be reunited with relatives.

Visa exempt travel within the European Union’s Schengen Area was implemented in 2017, with some operators such as bus operators in Wales offering free travel in light of Russia’s full-blown war of Ukraine.

Video SDW 2016: IATA on the future of borders