Nigerian President Muhammadu Buhari has ordered all agencies to consolidate their biometric data storage to avoid any duplication.Nigeria has launched biometric initiatives including an eID programme, an electorial initiative and a bank verification number in recent years to tackle fraud and identity issues.Organisations that currently collect biometric data include the National Population Commission, National Identity Management Commission, Federal Road Safety Commission, Independent National Electoral Commission, among others. “It will be more cost effective if you work together. It helps even the credibility of the election process, as Nigerians of voting age can be identified easily,” Femi Adesina, the special adviser on media and publicity, quoted the president as saying at an update from National Population Commission Chairman, Eze Duru Iheoma.Officials have also now touted a plan for a biometric-based census.The NPC chairman told the president that a biometric-based census was being proposed because it will eliminate multiple respondents, and ghost respondents, while making the outcome easy to audit. 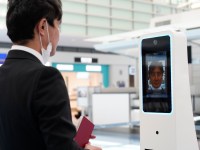