Motorola Mobility has won a legal battle with Fujifilm Corp over two patents on face recognition and one on wifi-bluetooth, but lost another on converting colour images to monochrome.A jury in San Francisco has ordered the company to pay $10.2 million in damages for using Fujifilm Corp's patented technology on colour conversion.”We are pleased with the verdict related to three out of the four patents and are evaluating our options on the one patent on which we did not prevail,” Motorola spokesman William Moss said in an email to Reuters.A spokeswoman for Fujifilm did not immediately respond to the news agency following a request for comment.During the case, Motorola's attorney, A. James Isbester of Kilpatrick Townsend & Stockton LLP, said a number of patents were filed on face recognition technology in the years before Fujifilm applied for its patent in 2004.He said that Motorola's camera phones, by contrast, perform the facial scans quite differently, doing multiple scans to look for faces “from scratch” rather than starting from the place it last saw a face. 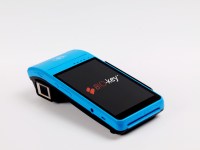