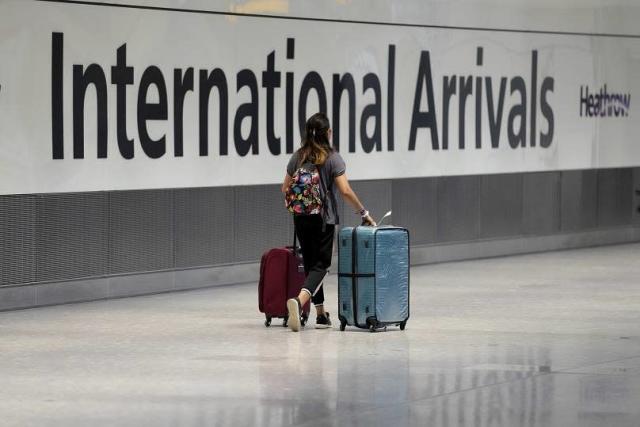 The end of cumbersome security procedures through airports could be in sight as the Home Office announces a host of new policies for effective immigration control, allowing seamless journeys into the UK for eligible travellers.

The plans laid out by Home Secretary, Priti Patel, address the need to continue digitalising airport systems to enable to a speedy flow of eligible travellers into the UK, without queues. The capabilities of current facial biometrics deployed in airports allow visitors to be verified in real-time against identity documents and pre-held data.

Instead, the implementation of “contactless corridors” would fulfil the Government’s ambition of improving the quickness and efficiency of security checks and enhancing consumer experiences.

An upgrade on the current facial biometric screening in airports, passengers would be able to undergo automated border checks without having to be processed through an eGate, which scans your passport and a live facial image against advanced data in the system. Travellers will be able to freely walk through a corridor of hidden cameras that are capable of fully verifying their identity.

The Government aims to collect more advanced data from travellers before they fly – known as “pre-screening”. This would allow visitors to be identified even more seamlessly at the border using the latest technology.

Foreign travellers arriving in Britain would be required to submit biometric information, like photographs, through a smartphone app as part of the new Electronic Travel Authorisation scheme.

The proposal, which features in policy plans to tackle immigration, will begin in 2024 with the Home Office carrying out pilot testing.

To limit the thousands of people who travel to the UK every year, the immigration policy paper released this week also set out plans around a point-based system to determine visitors’ rights to enter the UK based on a few factors.

With current workforce shortages stretching resources, the review detailed the unsustainable challenges that face the Home Office, in addition to growing consumer mistrust over flight cancellations. Although, the exceptional challenges that “contactless” technology will combat include detecting people coming to the UK illegally, immigration abuse, illegal drugs, firearms and organised crime.

Priti Patel said, “I am also committed to ensuring our fantastic Border Force are given access to the most up-to-date automation technologies so they can use their specialised skills on protecting our border from those who seek to harm the UK.”