German Smart eID is on the cards, but not there yet 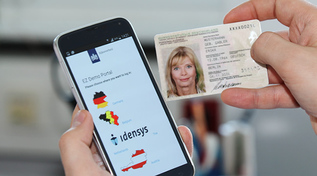 The jewell in the crown of Germany’s Digital Identity programme is the national eID card; state-owned and highly secure, it contains the personal chip data of 62 million Germans who are required to a formal ID document.

Approximately 12 million non-national and EU citizens in Germany are also enrolled on the national identity programme and hold an eID card.

Germany’s digital identity transformation has included the provision of a national eID card, a new pin resetting system which was announced in February 2021 and soon citizens will be able to save an electronic proof of identity extracted from their eIDcard to their smartphone device.

The achievements of the Digital Identity project in Germany were coordinated along with the Federal Commissioner for Data Protection and Freedom of Information.

According to Thales, the government sought to make ID cards available on smartphones in September 2021 however, this is still a milestone to be reached while the legal frameworks around the provision of Smart-eID have been approved.