Challenges for government’s One Login 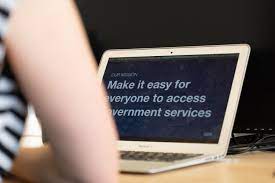 Since launching, the government’s One Login identity verification service has been a successful initiative to digitally secure public access to government services and sites.

One year on in August, Natalie Jones, Director of Digital Identity at Government Digital Service argued that One Login had evolved substantially and that validating someone’s identity to access services across government was largely a “solved problem”.

Further ahead in the rollout of One Login, different departments are debating where One Login should be leveraged and what changes could be made, according to HMRC Chief Technology and Design Officer, Tom Skaylycz.

Giving his perspective at the Think Digital Identity for Government conference, he shared he closely works with the Government Digital Service which is in charge of One Login where a transition is being made to replace the Government Gateway.

He suggested that One Login could optimise offline customer support capabilities when users experience a technical issue using the service. The customer’s experience should not be assumed. “This will move the offering beyond the ‘happy path’ only, which was a failing in the retired Verify service” he said.

The first departments to trial One Login were the HM Land Registry and Driver and Vehicle Standards Agency but the rollout has been deliberately gradual.

Challenges of the system that need to be rectified by individual departments include verification and authentication for organisations and access permissions for delegated third-party authorities.