The European digital identity, stored in a wallet, will enable EU residents and citizens to verify their identity to access public or private services, safely sharing appropriate personal data. The tool will go a long way to instilling trust to residents and businesses, where there has previously been a vacant awareness of how personal information is used by government and private entities. A bonus for members of the European Union is the fact that the wallet – storing numerous digital credentials including driving licences, medical documents and even career documents – will be interoperable across all EU countries. Rollout is expected to commence in 2023. The commission outlined the premise of a legislative proposal in June 2021, which has been directed for review by the European Parliament and member states in negotiations.

Belgium’s myID.be wallet will be enhanced to contain more digital verified credentials including the national citizen card to carry out transactions and access to services.

In keeping with the influx of wallets, Brussels are reportedly piloting their own “digital identity system”, which has been described in less than glowing terms as a “Trojan horse” which will allow the government to steal personal data. The app on mobile phones can contain information that the user wants to upload, such as medical information, legal documents, career documents or electronic payment cards. The accusation pointed at Europe is that it will follow in the footsteps of China in monitoring its citizens digital footprint and compromise data privacy.

Modernisation efforts are underway in Munich Airport, Terminal 2 to install the best-performing biometric systems on the market at the central security checkpoint. The works are set to be completed by Autumn 2024. Travellers will get to experience super streamlined processing of baggage as well as verification of their identity and immigration status.

It is understood by this publication that 15 new security screening lanes will be introduced at the airport with CT scanners. 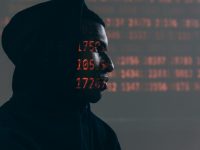