U.S. senators call to stop use of facial recognition

U.S. senators have signed a petition to end the use of facial recognition technologies and personal information being purchased by the ICE (Immigration and Customs Enforcement) to crackdown on immigration.

In the petition senators are seeking to stop law authorities from buying personal information from millions of U.S. citizens, arguing that this invades rights on privacy and practises an unethical culture of surveilling people in the United States to carry out deportation proceedings.

The senators involved in the petition include director Tae Johnson, Edwards Markey, D-Mass and Ron Wyden cite a comprehensive two-year investigation which included countless Freedom of Information Act requests and a review of the ICE’s tender records.

The senators wrote: “Much of this effort, which has enabled ICE to obtain detailed information about the vast majority of people living in the United States, has been shrouded in secrecy”.

The evidence stacked against the ICE reveals that the ICE indiscriminately used face recognition technology to obtain license photographs of 32% of adults in the U.S. The ICE approximately invested $2.8 billion in new surveillance, data collection technology between 2008 and 2021. 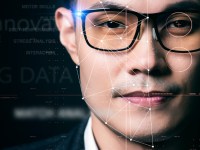 IDEX Biometrics and Excelsecu to work on biometric cards