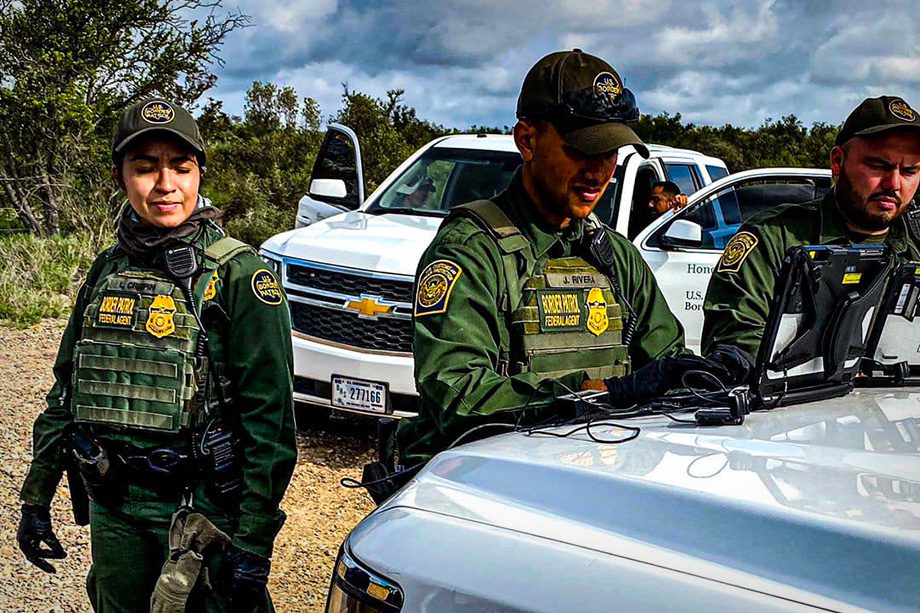 During a recent Southwestern border crossing stop, a migrant used a fake name and date of birth to hide his true identity. A query of his fingerprints using a state-of-the-art mobile fingerprint scanner designed for field operations, exposed his true identity as a wanted man accused of first-degree murder in Tennessee.

US Border Patrol agents arrested Jose Rosales Padilla and two other subjects in Arizona’s Cabeza Prieta National Wildlife Refuge. Padilla was later turned over to the Yuma Police Department for extradition to Tennessee.

Padilla’s case is not unusual as recent immigrant numbers have surged while attempts by the current administration are underway to end the use of Section 265 of US Code Title 42, a program in place since the COVID-19 outbreak, which enables border security to refuse unlawful entry into the United States.

Title 42 allows the US Border Patrol and US Customs and Border Protection (CBP) to prohibit the entry of persons who potentially pose a health risk or who are unlawfully entering the country to bypass health-screening measures.

During the month of May, CBP reported 239,416 Southwest border encounters, the highest in Department of Homeland Security (DHS) history. Border Patrol agents also stopped at least 15 people listed on the FBI’s terror watch list trying to cross the US-Mexico border — bringing the total to an alarming 56[1] since October of last year. Total migrant encounters in FY 2022 add up to more than 1.6 million, according to the latest data released by CBP.

“Mobile fingerprint technology provided to US Customs & Border Patrol gives us the ability to rapidly identify and classify subjects in the field. Fingerprint scanners using LES technology have removed the need to transport subjects back to a border patrol station solely for the purpose of collecting fingerprints. This capability has proven to be invaluable and will continue to play a key role in CBP’s response and operations” – Jason R. Thompson, Assistant Chief United States Border Patrol, HQ Systems Division-e3/Biometrics

Given the rise in these numbers, the ability to quickly and accurately identify individuals in the field is more important than ever. For example, with the recent spike in apprehensions along the South Texas border, the Laredo sector of the US Border Patrol has increased its use of field identification technology. The Laredo South Section employs rugged laptops to expedite the processing of undocumented individuals. This field identification capability allows agents to be more effective and efficient in performing their duties- with no lost time associated with transporting suspects to stations. The mobile and rugged qualities of Integrated Biometrics’ fingerprint scanners, (Kojak, Five-0 and Watson) lend to the efficiency of mobile field identification solutions.

“We are honored to play a part in supporting the US Border Patrol and the over 17,000 agents who work vigilantly at the southern border to secure our nation and safeguard interior communities every day. Our LES fingerprint identification technology is field-proven and perfectly suited to work in the harsh environmental conditions that US Patrol Agents face daily.” Martin Petriccione, Integrated Biometrics, VP North America.