Spanish technology company FacePhi, as reflected in its audited accounts for the first half of 2021, boasts positive data that supports the return to the high growth in sales which has characterised the company since its inception.

During this period, the company, which is listed under the dual listing formula, has continued to reinvest its resources in its growth and expansion and, thanks to its commercial strategy, increased its turnover to 4.15 million euros; 60% more than in the first half of 2020, a figure that confirms the results forecasted in July.

Due to the strong investment made in organic growth, the company has presented a negative EBITDA of 565,603 euros, a result in line with the previous year but which represents an improvement of 6.76 percentage points in the EBITDA margin for sales.

Expansion into new markets and industries

This positive variation in the company’s accounts is supported by the uninterrupted momentum in its commercial evolution, which has led to the initiation of new projects with large companies in the financial sector, and to the entry into new industries; all this, aligned with a constant evolution and consolidation in markets such as Latin America, EMEA, Asia-Pacific and Spain.

In its firm intention to continue with its international development strategy, during the first half of 2021 FacePhi made the move into Africa with the help of Nigerian company Afrilight Technologies, which was also the first project by the Spanish company for a public administration.

More recently, there has been the arrival in the Chilean market -opening up the travel and transportation industry through a project with one of the largest airlines in Latin America-, and that sporting events through its collaboration with Spanish football club Valencia CF. In addition, FacePhi, in its expansion into Asia, took its first steps in the Vietnamese market through Pinetree Securities, the main financial company specialising in online investment services in the country.

Likewise, it has reinforced its marketing model, supported by large international partners such as Revelock, with which it offers more than 90 million users the combination of biometrics and behaviour analysis, and Swiss firm ITSS, specialists in banking software integration, to accelerate bank digitisation through its network of more than 220 banks worldwide.

In terms of its commitment to continuing to grow steadily and exponentially, FacePhi incorporates new qualified talent to its team to reinforce its organisational structure and optimise the development of its roadmap; The company reached the midway point of 2021 with a team of 124 professionals, which represents an increase in the workforce of more than 103%. The company leans towards more flexible work models, where a large percentage of the team works in a hybrid or completely offshored way, which has allowed FacePhi to access and incorporate specialist talent from anywhere in the world into its structure. 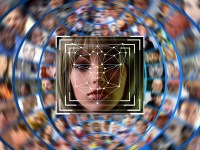