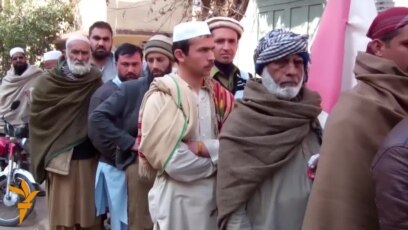 After an influx of ID applications from non-nationals, Pakistan’s registration authority, NADRA, has taken strict measures to crack-down on illegitimate ID card holders. Taking a tougher stance against fraud and illegal immigration, NADRA plans to introduce biometric testing on the family members to check rights for citizenship.

Earlier this year, reports suggested a lack of organisation over ID cards within the government, leaving millions of eligible citizens excluded from government services and applying for jobs. Although in this instance the fault fell squarely on the government, this time the government has intervened as a greater number of people attempt to get an ID under false identities.

Established in 2000, NADRA holds a national biometric database. It has issued over 120 million computerised national ID cards to 96% of adults, the equivalent of 212 million people. 181 national cards have now been denied, cancelled and taken out of circulation at it comes to light about fraudulent attempts over the past 3 years.

Previously moving to stop fraudulent digital ID cards, Chairman of NADRA, Muhammad Tariq Malik, reassured that 47 workers NADRA workers had been sacked from their job for facilitating the issuance of false ID cards or failing to detect fraudulent attempts.

The collection of biometrics from blood relatives will now be required as part of the application process to get an ID card. In anomaly cases where biometrics have not been collected, authorities will reserve the right to dig into a person’s background to confirm their nationality, first/second languages.