Many people in Pakistan still lack a digital ID to access basic public sectors and make payments. The revelation is perhaps not so surprising against damning statistics published by The World Bank that nearly a billion people worldwide do not have a digital identity, allowing them to access services and function properly in society.

As well as pain-staking progress with rolling out digital ID documents, the Government is behind other countries in digitally transforming its identity and security systems as critics cite common database breaches and privacy violations withholding trust.

The Pakistan Government faces an uphill struggle to integrate marginalised citizens including migrants and trans-citizens into society who have been previously excluded from digital advancements. Despite this, the NADRA maintains it has issued over 120 million Computerised National Identity Cards to 96% of adults among the population. 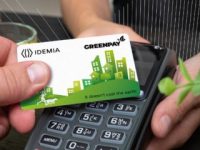