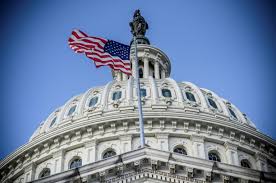 Trading groups including the Better Identity Coalition and Cybersecurity Coalition have lobbied the U.S. Congress to prioritise passing the digital identity bill as part of its end-of-year annual spending review.

The Digital Identity bill enacts a best practice framework for the use of digital identity, ensuring that technology meets technical specifications and user demands for safety and seamlessness.

The bill was introduced by Republication Bill Foster in 2020 and pushed again in 2021 to a vote out of committee, advocating for a unified ecosystem harnessing a federated digital identity system in the U.S.

It should also unify service provider solutions to tackle the common problem of fraud and identity theft. The letter cites that cases of fraud have risen exponentially in the U.S.; 293 million people were affected by data breaches in 2021 culminating in losses of 333% from identity fraud. The cost incurred alone from identity theft attacks alone stand at $20 Billion however the letter represents the efforts of so many listed services – in banking, heath, government and e-commerce –  to identify the financial criminals.

2022 was charactered by more verification checks and testing to offer secure transactions and online services however the lack of “easy, secure, reliable ways for entities to verify users online is creating “friction” in commerce.

The passing of this bill would look to close the gap between physical and digital identity offerings and explore the ways to bring common security documents such as drivers’ licenses, passports and birth certificates up to date in the digital world.

Prioritising digital identity infrastructure would boost security and privacy and generate an additional 4% potential GDP by 2030.