The Google Play app market on Android has introduced a new voice biometric security feature for certain users.Known as Trusted Voice, the feature has been enabled for certain users, with an option added under smart lock will take users to the Google app's settings.There is a warning for users that Trusted Voice offers less security than passcodes or passwords.But after enrolment with a passphrase, it is possible to unlock and execute commands on a secured device by simply uttering “ok Google.”The voice biometric feature is one of other new security modalities including geolocation feature and device authentication, as well as facial recognition. 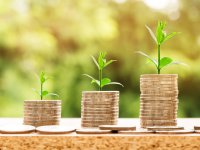 Financial body to use Bio-key tech