The new year, 2023, has officially begun, so what’s in the pipeline for our partners in identity?

The much-talked-about arrival of a single European ID wallet, to store all modern digital credentials, promises to one of the greatest deployments in 2023. The wallet will be launched in September with member states being required to make it accessible to every EU citizen who wants one.

The benefits will be widely felt by enterprises, citizens, governments, unifying key digital credentials and common forms of ID across members states. A recognised e-ID has still not been adopted by all EU states to eliminate bad actors during authentication, despite formal trust frameworks – namely the eIDAS Regulation – being enacted in 2014. Pre-existing

eIDAS, summarised in the words of Ursula von der Leyen, President of the European Commission, should “secure European e-Identity” so any citizen can travel or make a transaction “anywhere in Europe…a technology where we can control ourselves what data and how data is used.”

With multi-facets for storing digital credentials, the wallet be underpinned by interoperability with different service functions, including the exchange of health records, travel documents, and electronic ID for public and private use.

Forbes’ predictions for 2023 mount pressure on global as well as region-specific development and adoption of verifiable digital identities that block out fraud and enable the user more autonomy over their personal data.

HMRC looks set to migrate to the government’s One Login digital identity service, guiding users to secure authentication when accessing their services.

iProov predicts that 2023 will be another year of seismic innovation combating new problems.

Save the dates of our events taking place in Amsterdam on 13th and 14th June; Washington on 3-4 October; and Singapore on 7-8 November. 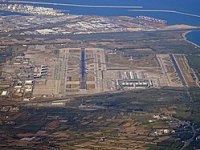 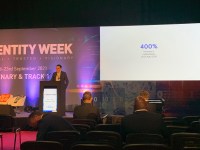