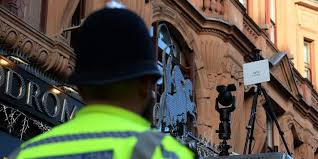 The debate around the police’s disposal of facial biometric technology in all public situations continues to divide opinion with some arguing that voluntary checks on the public invades privacy.

The UK Government seemed to make its clear stance on the issue recently, rejecting investigation findings that have cast doubt over the police’s use of facial biometrics in public spaces.

While the report findings acknowledged matters discussed in the JHAC enquiry as “increasingly important issues”, the Government also indicated it was “important to retain a long-term perspective” on the use of facial biometrics to aid police enquiries and investigations.

Coinciding with the report, The Scottish Biometrics Commissioner, Dr. Brian Pistow has also spoken out following a separate review into biometric data and technologies in England and Wales to suggest regulation over police practice of LFR still needs to be revised.

He said: “[It] makes a really valuable contribution to ongoing debates in the UK and internationally about biometric data and technologies, including how best to correctly balance the needs of the state with the rights of private citizens.”

The UK Government’s decision to overlook these concerns is based on the need to foster police-hold biometric data and use LFR technology to identify offenders. However, some still argue that voluntary ID checks on the public compromises privacy.

The Government’s letter clarified that data would be handled appropriately on an individual case basis.

“Automation also ensures that the biometrics of people arrested but not subsequently convicted of a crime are deleted. The circumstances of each case guides how this information is used, with the police and later the courts left to interpret this connection, with the aid of expert witnesses where appropriate.”

In response to the recommendations, the Government also rejected the idea of introducing ethics committees to oversee revised police guidelines on the use of biometric technology.

“The government will empower and support [these technologies] to go further, taking opportunities to simplify and consolidate structures when there is likely to be a positive impact on consistency, accountability and transparency.”