TikTok assures security of US data amid China threat 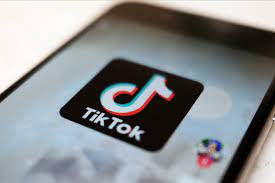 TikTok’s Chief Executive, Shou Zi Chew, responded in a statement on Friday to promise a workable solution after nine U.S. Republican Senators signed a letter mounting concerns of U.S. data being shared with Chinese employees of its parent company, ByteDance.

Despite the fact TikTok has previously maintained it does not share American data with China, the eight-page report acknowledges the Chinese government “can have access to TikTok US user data subject to a series of robust cybersecurity controls and authorization approval protocols overseen by their US-based security team.”

TikTok has now acted to remedy the situation, saying they are working on “compliance with a final agreement with the US government that will fully safeguard user data and US national security interests”. To fully make amends, the company will “delete US users protected data from their own systems and fully pivot to oracle cloud servers located in the U.S.”, with tighter security controls on sharing outside the country. For now, TikTok will still use its own data centres in the US and Singapore for back-up although it hopes to make the full move to Oracle’s cloud servers in the future.

TikTok has been dogged for several years by data security and privacy concerns but in a letter, Chew acknowledged: “We know we are among the most scrutinized platforms from a security standpoint, and we aim to remove any doubt about the security of U.S. user data”.