Iranian government to use surveillance tech to enforce hijab 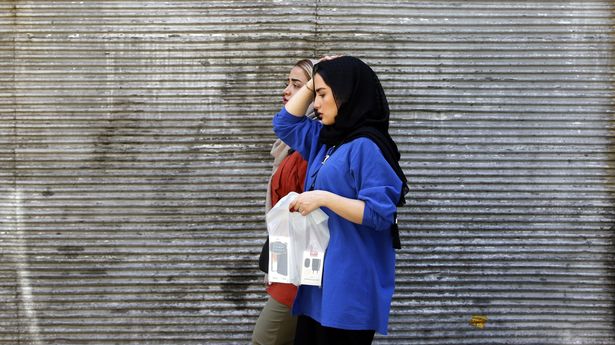 The Iranian government will use controversial surveillance technologies to take a firm stand against those who violate the country’s long-standing law on wearing the hijab.

While facial biometric technology is considered to have many uses in protecting personal and public security, particularly in the travel sector, it has widely been criticised as a technique used by police and authorities to violate people’s privacy.

The law, ordered by Iranian President Ebrahim Raisi, means that “violators” will be issued with fines while female members of government could be dismissed from their jobs if their dress is not deemed appropriate.

Since the decree was announced on 17 August, women have staged more protests disregarding the hijab in public places, where it is compulsory for women and girls over the age of 9 to abide by strict protocols on dress.

Over the years, women have publicly opposed the rigid restrictions over their freedoms however particularly in recent weeks the backlash has resulted in many being banned from entering government buildings, accessing services, opening bank accounts, or using public transportation.

Critics have accused the government of leveraging “violent ‘old-fashioned’ forms of totalitarian control dressed up in new technologies”.

The GOV.UK website cites that the use of biometric surveillance by state governments that aim to intimate citizens and threaten normal ways of life is a matter to be increasingly concerned about – not just in the UK but in less liberal countries for example in China and Iran.

The Biometrics and Surveillance Camera Commissioner said: “The people we trust – the police, fire and rescue, local authorities, the government itself – need to be able to trust their technology partners, both in terms of security and our ethical and professional values”.

A report by Comparitech, assessing the state of surveillance in 50 countries, found that China deploys widespread and invasive facial recognition technologies to monitor its citizens, as well as other ethnic nationals including Muslim minorities and Uighurs.

In 2021, Iran’s Law Enforcement Forces signed a contract with biometrics and digital ID provider, UID, to introduce harsher policing and enable potential offenders to be identified quickly against biometric databases.