Biometric solutions firm Aware has reported that revenue for the fourth quarter of 2015 was $6.9 million, an increase of 61% compared to $4.3 million in the same quarter last year.Meanwhile, operating income in the fourth quarter of 2015 rose to $2.6 million compared to $0.2 million in the fourth quarter of 2014.The firm noted that higher revenue and operating income in the fourth quarter of this year versus last year were primarily due to the following events that occurred during the quarter: i) two new biometrics software license sales for commercial applications; ii) a medical imaging software license sale; and iii) a $1.1 million hardware shipment that had been delayed from previous quarters. The medical imaging software license sale is discussed further below.However, for the year ended December 31, 2015, revenue decreased 17% to $19.6 million, compared to $23.7 million in 2014. Operating income for 2015 was $3.9 million compared to $7.1 million in 2014.Aware said that revenue decreased by $4.1 million in 2015 primarily as a result of $5.8 million lower hardware and services revenue from two US government military customers.Lower sales from these customers were partially offset by $1.7 million of higher net revenue from other sources. Two contributing factors behind higher net revenue from other sources were sales to commercial customers and the medical imaging software license sale mentioned earlier.Operating income decreased by $3.2 million in 2015 primarily due to: i) $1.1 million less operating income as a result of the $4.1 million revenue decline; and ii) a $2.1 million decrease in patent related income. In 2014, Aware recorded a $2.1 million gain on the sale of patent assets pertaining to DSL diagnostic technology. In the fourth quarter of 2015, the firm sold patents pertaining to home networking technology and recorded a $43,000 gain.Net income for the year ended December 31, 2015 was $4.6 million, or $0.20 per diluted share. These results compared to net income of $4.6 million, or $0.20 per diluted share in 2014.Cash and investments were $52.1 million at December 31, 2015, which represented a $4.8 million increase from September 30, 2015 and a $6.7 million increase from December 31, 2014. A significant portion of the cash increase was due to a medical imaging software revenue transaction that occurred in the fourth quarter of 2015.In October 2015, Aware signed an agreement with a systems integrator to license our imaging software for inclusion in a US government healthcare management system. The arrangement included a $4.5 million license fee plus a software maintenance fee.Rick Moberg, Aware's co-chief executive officer and chief financial officer, said “This was an excellent quarter for us because of the medical imaging sale and the addition of two new biometrics customers who purchased software for commercial applications. Were it not for the $3.6 million revenue deferral on the medical imaging sale, Q4 revenue would have been more than $10.5 million. Our sales pipeline going into 2016 looks promising with a variety of opportunities. However, predicting when and if those opportunities might turn into revenue is difficult.”The trends we are seeing in the biometrics markets include a number of foreign government opportunities, emerging commercial opportunities, and uneven US government demand. All in all, we are optimistic about the opportunities in the market and our position, including our product portfolio and ability to deliver services.Our project with Certisign in Brazil continued to move forward in the fourth quarter. Certisign has just began to roll out its service offering. We remain optimistic about this relationship and what it may mean for our business.”Aware will be exhibiting at connect:ID 2016, 14-16 March, Washington DC. connect:ID is an international conference and exhibition that focuses on all aspects of identity technologies and the opportunities for their management in both the physical and digital worlds. http://www.connectidexpo.com 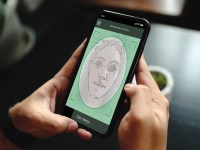