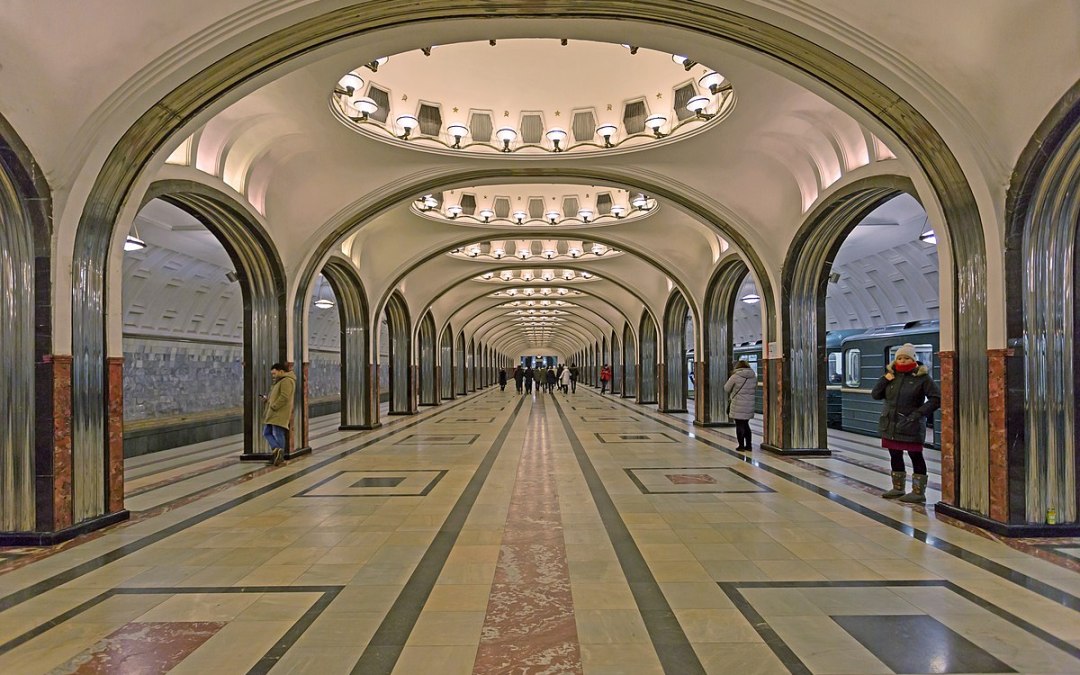 Moscow Metro reduced queues for tickets by 3.3 times in 10 years, reports the city’s Department for Transport. Now, average time spent in lines amounts to 1.5 minutes compared to 5 minutes in 2010. The main reason is growing popularity of contactless and remote payments.

“Moscow is the global leader in the number of fare payment modes. We are constantly working on improving the ticketing system, updating equipment, launching new services in Moscow Metro mobile app‎. As a result, the number of contactless and remote fare payments has increased. In 2021, the share of non-cash purchases at metro ticket offices was already 50%. For comparison, in the pre-pandemic 2019, only 35% of purchases at the checkout were cashless. By the end of the year, we will launch additional contactless payment methods for travel — the virtual Troika card and Face Pay, ” said Deputy Mayor of Moscow for Transport Maxim Liksutov.

Moscow’s Department of Transport also outlines that the face recognition system launched in Metro will improve the assessment of crowdedness in trains. The authority adds that the system already contributes to finding lost persons and wanted criminals, and, by the end of 2021, Moscow Metro will launch the Face Pay service for passengers.

In order to improve the system, a rating of algorithm quality was introduced. As for now, three such algorithms are used for biometric identification: VisionLabs, Ntechlab and Tevian, all of them Russian-made. According to the results of the second quarter of 2021, VisionLabs showed the best quality, followed by Tevian.

U.S. Customs and Border Protection (CBP) in partnership with the Denver’s Department of Aviation, announced today the implementation of the Simplified Arrival process at Denver International Airport (DEN). CBP’s enhanced international arrival process uses facial biometrics to automate the manual document checks that are already required for admission into the United States.As part of our innovation efforts, Simplified Arrival provides travelers with a touchless identity verification process that further secures and streamlines international arrivals while fulfilling a longstanding congressional mandate to biometrically record the entry and exit of non-U.S. citizens.’We are excited to be rolling out CBP’s Simplified Arrival process in Denver,’ said Richard F. Di Nucci, CBP Director of Field Operations in San Francisco. ‘The combination of skilled CBP officers and the use of advanced biometric technology provides travelers with a secure, efficient, and touchless arrival process and enhances the customer experience.’ Simplified Arrival only uses the biometric facial comparison process at a time and place where travelers are already required by law to verify their identity by presenting a travel document.When travelers arrive at DEN on an international flight, they will pause for a photo at the primary inspection point. (this should be one paragraph). CBP’s biometric facial comparison process will compare the new photo of the traveler to a small gallery of high-quality images that the traveler has already provided to the government, such as passport and visa photos. In addition, foreign travelers who have traveled to the U.S. previously may no longer need to provide fingerprints as their identity will be confirmed through the touchless facial comparison process.Simplified Arrival pairs one of the industry’s highest ranked facial comparison algorithms (as assessed by the National Institute of Standards and Technology) with trained CBP officers who are skilled at verifying the authenticity of travel documents. If a traveler cannot be matched to a photo on record using the Simplified Arrival process, the traveler will proceed through the traditional inspection process consistent with existing requirements for entry into the United States.U.S. citizens or those foreign travelers who are not required to provide biometrics who wish to opt out of the new biometric process may notify a CBP officer as they approach the primary inspection point. These travelers will be required to present a valid travel document for inspection by a CBP officer and they will be processed consistent with existing requirements for admission into the United States.CBP is committed to its privacy obligations and has taken steps to safeguard the privacy of all travelers. CBP has employed strong technical security safeguards and has limited the amount of personally identifiable information used in the facial biometric process. New photos of U.S. citizens will be deleted within 12 hours. Photos of most foreign nationals will be stored in a secure Department of Homeland Security system. CBP and its air travel partners are expanding the use of facial biometrics through public-private partnerships to not only fulfill the Congressional security mandate, but also to further secure and enhance touchless travel wherever identity verification is required for international travel.To date, more than 76 million travelers have participated in the biometric facial comparison process at air, land, and seaports of entry. Since September 2018, CBP has leveraged facial biometrics to prevent more than 700 imposters from illegally entering the United States by using genuine travel documents that were issued to other people.