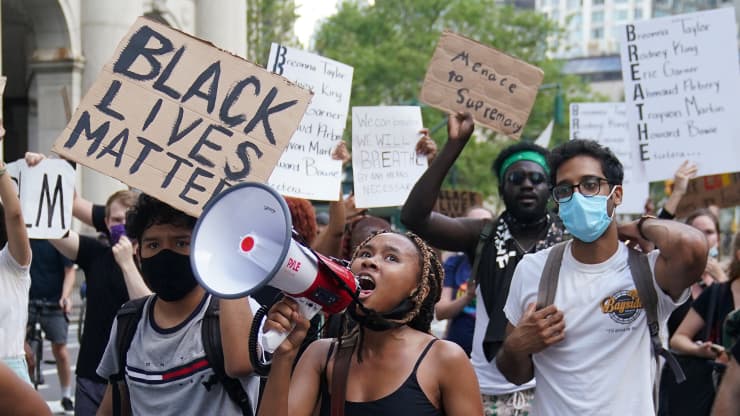 The ‘Black Lives Matter’ movement was sparked following the unjust and horrific murder of George Floyd who was targeted by a white police officer because of his skin colour.

The disgraceful incident reignited a tidal wave of emotion from communities everywhere calling out racism in all its forms in society, and protests broke out across America and throughout the world demonstrating widespread anger over the police’s historic mistreatment of black people, particularly in the U.S.

This appears to have been a shocking trend during the protests to call for change as CCTV and police surveillance was used to intimidate and threaten crowds of people that gathered.

A legal ruling from the New York Supreme Court, issued by Amnesty International and the Surveillance Technology Oversight Project, has ordered 30 million documents revealing the extent of the police’s misconduct to be made public.

While the police agency has rejected the request, citing the “unreasonable burden”, it has since come to light since the protests that police leveraged facial biometric technology to make unlawful arrests and ‘control’ the crowds. The police’s misuse of biometrics has not helped to alleviate the controversy surrounding the use of this technology, which is widely considered to be inaccurate and create ‘racial bias’.