Delays to voter ID legislation ahead of May 2023 elections 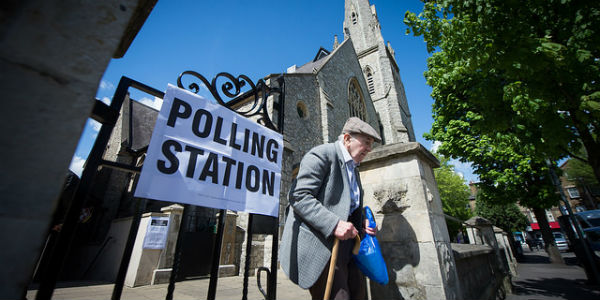 The controversial voter ID system, which is proposed for next May’s local elections, seems to have met another obstacle after reports by the Guardian that the government has been warned over delays to voter ID legislation.

In response, the judgement from Britain’s election watchdog appears to have been brushed off, despite the view that implementing a new ID system without any concrete framework is an “unworkable” solution and will compromise security.

Conservative ministers and the Electoral Commission have indicated they will use the upcoming May election as a “learning exercise”. Potential setbacks have already been highlighted; of the main concerns is a proposal to allow photo ID cards which may not be fully secure, accessible or workable.

A second iteration of ID legislation was due to be completed over the summer however another draft was only released by the government on Monday, causing more delays to a strict timeline.

In an interview with the Financial Times, Ailsa Irvine, Director of Electoral Administration at the Electoral Commission, admitted that “important considerations may not be fully met when the new policy is (eventually) implemented”.

The trial of new voter ID rules will only go ahead in some areas of the UK. Surveys have indicated that some council ballot workers are bracing themselves to have to turn people away after concerns that people will not be prepared with the correct ID.

The requirement to provide a photo ID at polling stations is being strongly opposed because it could affect the ballot count if voters are “suppressed” and turned away.

A place designed to attract all eligible voters, polling stations could face a downturn in voters exercising their right to vote in the local elections.

45% of councils say they are not confident to train staff sufficiently in time on the new voter ID requirements.

The election changes will be the “most significant” in over a century, according to author Dr John Ault, and could make the process less seamless in triggering millions of requests for a free form of ID as well as asking people with religious headwear to remove these items to be identified.

The Conservative party is pushing the move to “restore the integrity” of elections and tackle voter fraud, however, Labour deputy leader, Angela Rayner, took an opposing stand citing the nation’s top priority is the Cost-of-Living crisis.

The election is expected to enforce the new ID requirements. The forms of ID which will be allowed include passports, driving licences, biometric immigration documents and the “Voter Authority Certificate” if no other ID can be produced. This unique document can be requested up to “six working days ahead of the poll”.