All customers have the right to expect trust and respect over the use and handling of their personal data, however as a new study by Mastercard has revealed, non-binary individuals face discrimination in their financial experiences.

The damning results of the study show that while the finance and banking sector continues to enhance systems of on-boarding to collect new consumers, there is less consideration towards how personal data is safeguarded and treated. Only 68% of the transgender community have the correct ID featuring the name and gender they identity as and 19% of non-binary individuals have experienced prejudice when making payments in shops, presenting their ID or having to navigate intrusive questions.

The ‘True Name’ Initiative started by Mastercard in the U.S. in 2019 has in pleasant contrast to other financial services, acted upon calls from the LGBTQ+ community to allow these customers to change and use their true identifiers on cards without legally having to change their name and gender.

The recent research is backed up by previous findings in January of this year which concluded that nearly 50% of transgender or non-binary people feel anxiety, embarrassment and frustration when using their formal ID that doesn’t reflect their gender marker.

The True Name campaign allows customers to easily transition to being their true gender or identity when making payments and running errands in everyday life, as well as to avoid the expensive, time-consuming process of legally changing their gender.

Jennifer Douglas, Head of North American Retail and Small Business Payments at BMO says: “Helping customers make real financial progress is important, and that starts with providing safe and accessible banking to our customers by removing  barriers to inclusion”.

More U.S. banks have followed suit including Citibank, Marqeta, and The Republic Bank to support simplified on-boarding of these individuals, using the name and gender they identity as.

During this Pride month, Mastercard also launched The Belle Block program, an industry group to encourage women and non-binary individuals to use Web 3.0 technology and cryptocurrency. 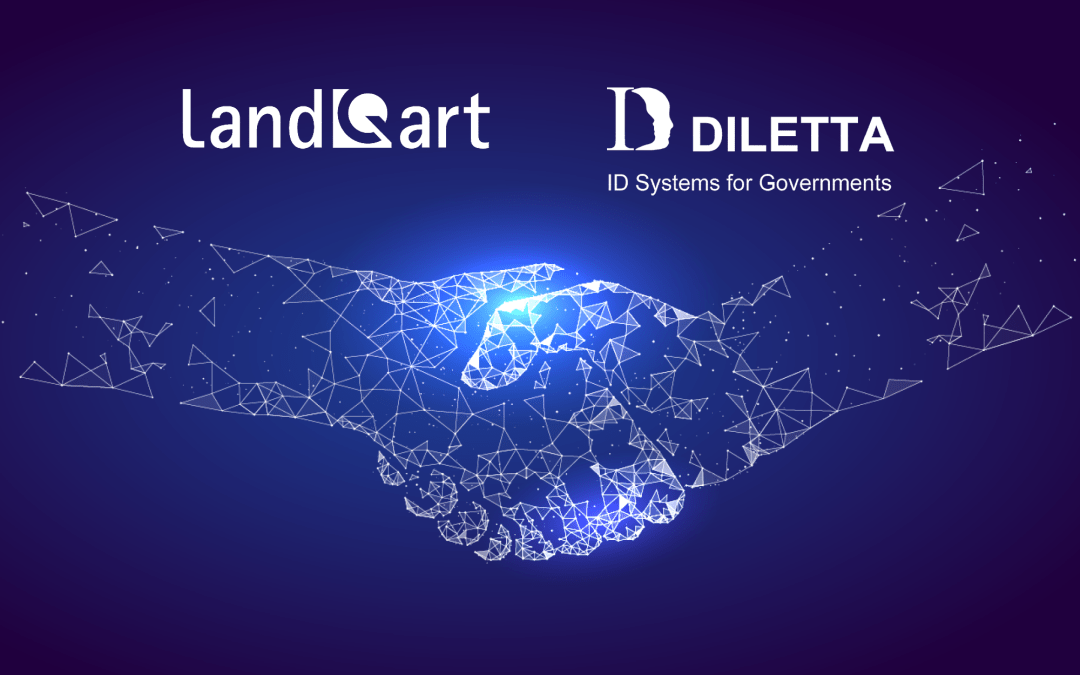 Diletta Maschinentechnik GmbH and Landqart AG have announced that they have entered into a Cooperation Agreement to jointly explore and develop business opportunities in the area of passports and other security documents.

This agreement comes about as a result of the natural synergies that have been identified between Diletta’s document personalisation systems and Landqart’s composite substrate for passports and related documents, Durasafe TRAVEL.

The combination of state of the art personalisation techniques, security features, and resilient substrate offered by the two firms represent formidable opportunity for upgrading machine readable passports to cutting edge specifications, without the need to make wholesale changes to the way passport books are manufactured and personalised.

For more than five decades with over 40,000 installations in more than 150 countries, Diletta has been engaged in producing identity products and security systems for governments and other national institutions.

Landqart AG, based in the heart of the Swiss Alps, is a world-leading, highly innovative manufacturer of substrates for banknotes, passports, and other security documents that are supplied to some 50 countries around the world. Landqart is the inventor of Durasafe®, the world’s most advanced substrate for secure documents. A composite of paper and polymer, two outer layers of security paper are fused together with a central core of transparent polymer, bringing greater security and durability to the documents that are printed on it.

To find out more about Durasafe TRAVEL, click here. 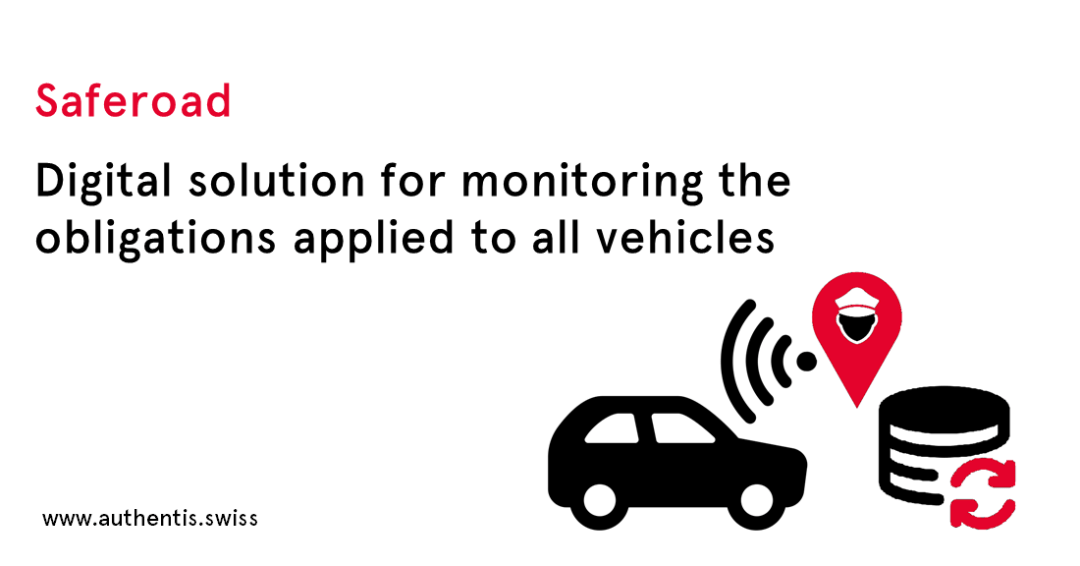 The Republic of Benin entrusts a Swiss company with the development of a solution for monitoring the obligations applied to all vehicles running in the country.

Designed by Swiss Authentis S.A. at the request of the Authorities of Benin, the solution includes a powerful IT platform, secure identification tags and terminals for law enforcement. The Police will thus be able to instantly check the compliance of vehicles and issue and monitor tickets.

Aiming at significantly reducing the hassle suffered by road users, this information system is able to monitor the validity of administrative documents and the status of vehicles on the road without immobilizing motorists in good standing. Jointly operated by several administrations and law enforcement agencies (Republican Police, National Agency for Land Transport, General Directorate of Taxes, National Center for Road Safety, etc.), this solution contributes to the modernization of the Government processes and illustrates the efforts made by the country in regards to digitalization and e-governance.

On 29 April 2022, the Benin Authorities received the first part of the solution to be deployed.

Guillaume CHAIZE, CEO of Swiss Authentis, declared: “Our best Analysts and Developers have been mobilized to deliver a result that lives up to the confidence shown by the Authorities of Benin. The result meets the technical expectations of the Benin Information Services and Systems Agency. The “Sécuroute” (SafeRoad) solution will benefit both the users and the Government and will contribute to the good governance set by the Authorities”.

Based in the region of Geneva, Swiss Authentis is an independent supplier of technologies in the field of document security, product authentication, traceability and dematerialization. Swiss Authentis offers its tailored analysis and development services to Institutions and the private sector. Its robust electronic platforms and portals facilitate the issuance of secure documents, combat counterfeiting, ensure the traceability of assets and streamline processes.

China has a stated goal to be the leading major economy to displace traditional, central bank backed hard currency with digital currency. To that end, China will be showcasing initial deployments of both card-based and phone-based digital wallets during the Beijing Winter Olympics in February 2022.

The Cold Wallet Visual Payment Card and similar cold wallet devices offer a secure and convenient alternative to mobile wallets on smartphones and will also bring digital currency solutions to the portion of the Chinese population without banking relationships or mobile phones. “The central bank intends to provide inclusive, easy-to-use, digital central bank currency for all people, and this product will be particularly effective in serving the needs of those in rural areas and underserved groups,” said Jiang Kai, Chief Executive Officer of Union Smart. “Our new Cold Wallet Visual Payment Card is the most complete and easy-to-use cold wallet solution available.”

Vince Graziani, Chief Executive Officer of IDEX Biometrics, stated, “IDEX Biometrics’ authentication solutions are the natural choice for card-based digital currency applications.  We are pleased to be partnered with Union Smart in the development of this device, which should expand secure and convenient access to the DC/EP initiative across China.” 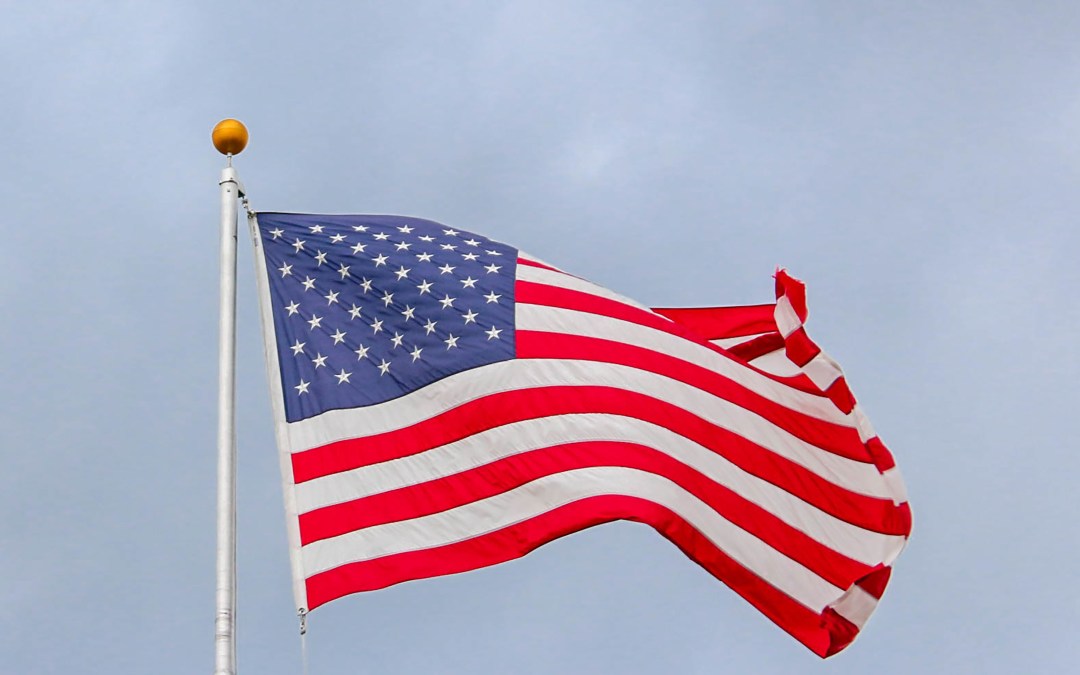 “In July, U.S. Customs and Border Protection played an important role in our nation’s ongoing economic rebound, facilitating a continued growth of legitimate travel and trade, while protecting consumers and our country’s agriculture. Commercial trucks this fiscal year are transiting through our ports of entry at higher numbers than they did in Fiscal Year 2019, while passenger vehicle, pedestrian travel, and air travel numbers are bouncing back from a comparable period in 2020 affected by the pandemic,” said CBP Acting Commissioner Troy Miller.

“CBP continues to take necessary measures to safely manage the Southwest Border and protect the health of communities, personnel, and migrants themselves. The vast majority of single adults and many families continue to be expelled under the CDC’s Title 42 authority, and those who cannot be expelled under Title 42 and do not have a legal basis to remain are placed in expedited removal proceedings. CBP has also adapted to changing dynamics between ports of entry along the Southwest Border, continuing to take steps to mitigate the spread of COVID-19 by expelling roughly half of those encountered under CDC’s Title 42 public health authority.”

The large number of expulsions during the pandemic has contributed to a larger-than-usual number of migrants making multiple border crossing attempts, which means that total encounters somewhat overstate the number of unique individuals arriving at the border.

One of CBP’s core mission objectives is to enhance the nation’s economic prosperity, including through the facilitation of lawful trade and travel. CBP’s role is vital to America’s economic rebound from the impacts of the ongoing COVID-19 pandemic. CBP continues to protect America’s national and economic security by facilitating legitimate trade while rigorously enforcing U.S. customs laws and regulations. While CBP’s trade and travel numbers have not entirely returned to pre-pandemic levels, they have increased significantly in recent months. For commercial trucks, CBP has processed a higher overall number so far this fiscal year compared to the same period in Fiscal Year 2019.

CBP encourages Visa Waiver Program travelers seeking to obtain an approved ESTA to take advantage of the time savings offered by using CBP OneTM or the CBP I-94 website. With an ESTA, these travelers can apply for their I-94 in advance of arrival and avoid filling out the Form I-94W at a port of entry.

One of the most important ways that CBP is transforming international travel is through using facial biometrics to create a safe and seamless travel experience for all passengers. Through programs such as Simplified Arrival, CBP is using biometric facial comparison technology to meet the Congressional mandate while further securing and streamlining lawful travel. Please see more here.

In Fiscal Year 2021 to date, CBP has processed approximately $2.3 trillion of imports, an increase of nearly 14 percent compared to the same period in Fiscal Year 2020. CBP has also seized 63,200 shipments for trade violations in the current fiscal year. In July alone, CBP processed more than 3.2 million entry summaries valued at more than $248 billion, identifying estimated duties of nearly $8 billion to be collected by the U.S. government.  Trade via the ocean accounted for more than 40 percent of the total import value, followed by air, truck, and rail.

CBP continues to aggressively investigate and prevent goods made by forced labor from entering U.S. commerce.  Forced labor is a form of modern-day slavery that violates international labor standards and universal human rights.

CBP officers, Border Patrol agents, and Air and Marine Operations agents continue to interdict the flow of illicit narcotics across the border. Nationwide, drug seizures were up 10 percent in July, a reflection of CBP’s commitment to protecting the people and economy of the United States.  Seizures were as follows:

In response, CBP’s officers and agriculture specialists took steps to prevent the introduction of the ASF virus into the United States by increasing inspections of flights from the Dominican Republic and ensuring that garbage from these airplanes is properly disposed of.

If introduced into the United States, these non-native pests could cause irreparable harm to American agriculture and the timber industry.

CBP officers and Border Patrol agents have displayed acts of heroism both at work and off duty.

The safety of our workforce, our communities, and individuals in our care is a top priority.  CBP personnel put themselves and their families at risk with every encounter with the public. Since the start of the pandemic:

U.S. Customs and Border Protection is the unified border agency within the Department of Homeland Security charged with the management, control and protection of our nation’s borders at and between official ports of entry. CBP is charged with securing the borders of the United States while enforcing hundreds of laws and facilitating lawful trade and travel.